In May 1984 I shot the cover for the Slugs greatest hits album, “Ten Big Ones” 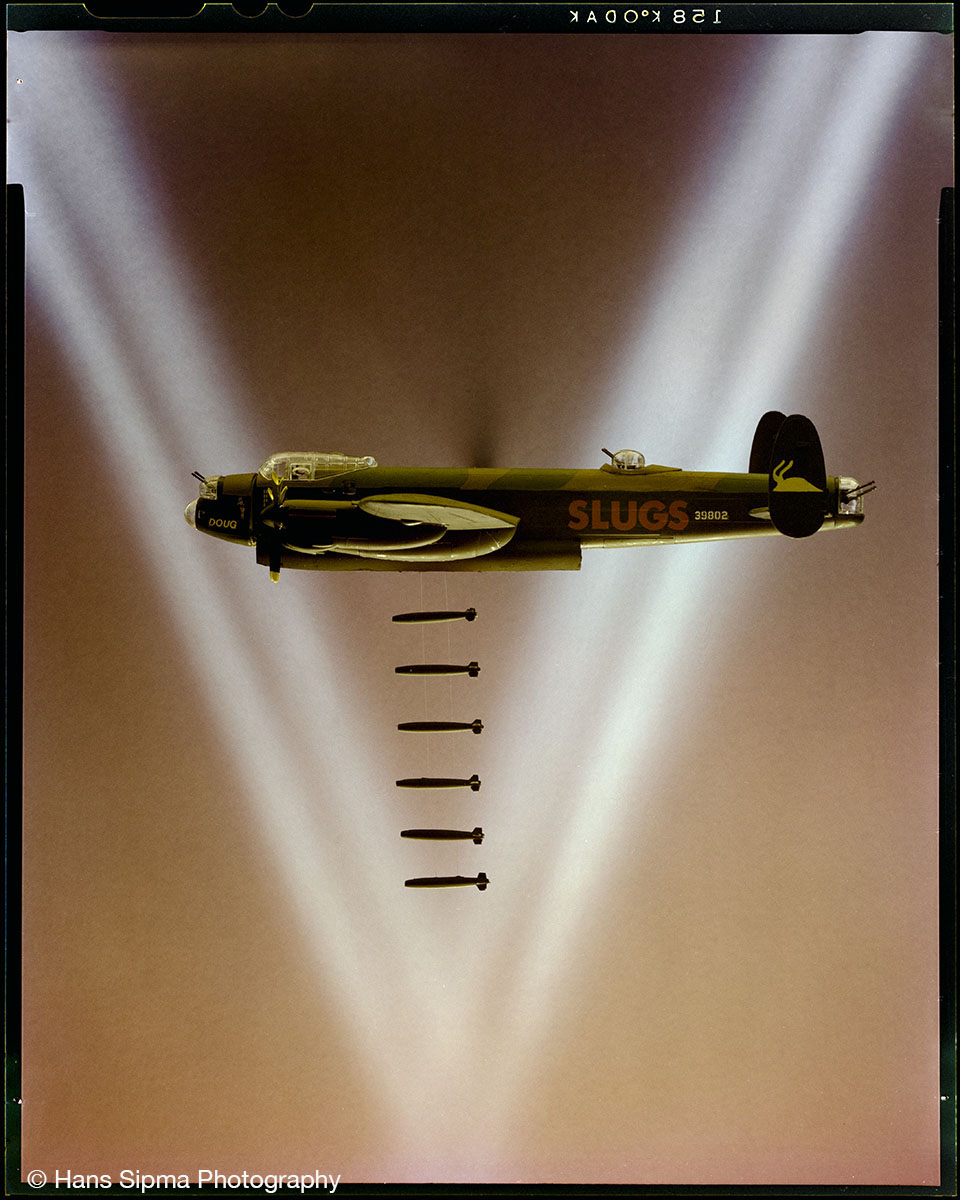 Doug wanted the cover image to be a tongue-in-cheek send-up, as if to say all the hits were actually bombs. Richard was tasked with finding a model of a vintage Lancaster bomber and managed to find one at a hobby shop in New Westminster.  He said it was not easy to find as this was pre-internet and it meant making many phone calls to various shops. Richard and John assembled the model and it was painted by Richard on his kitchen table. It then went to Doug who modified it by putting his name on the nose, the Slugs name along the fuselage, and a Slug logo on the tail. A very group effort. 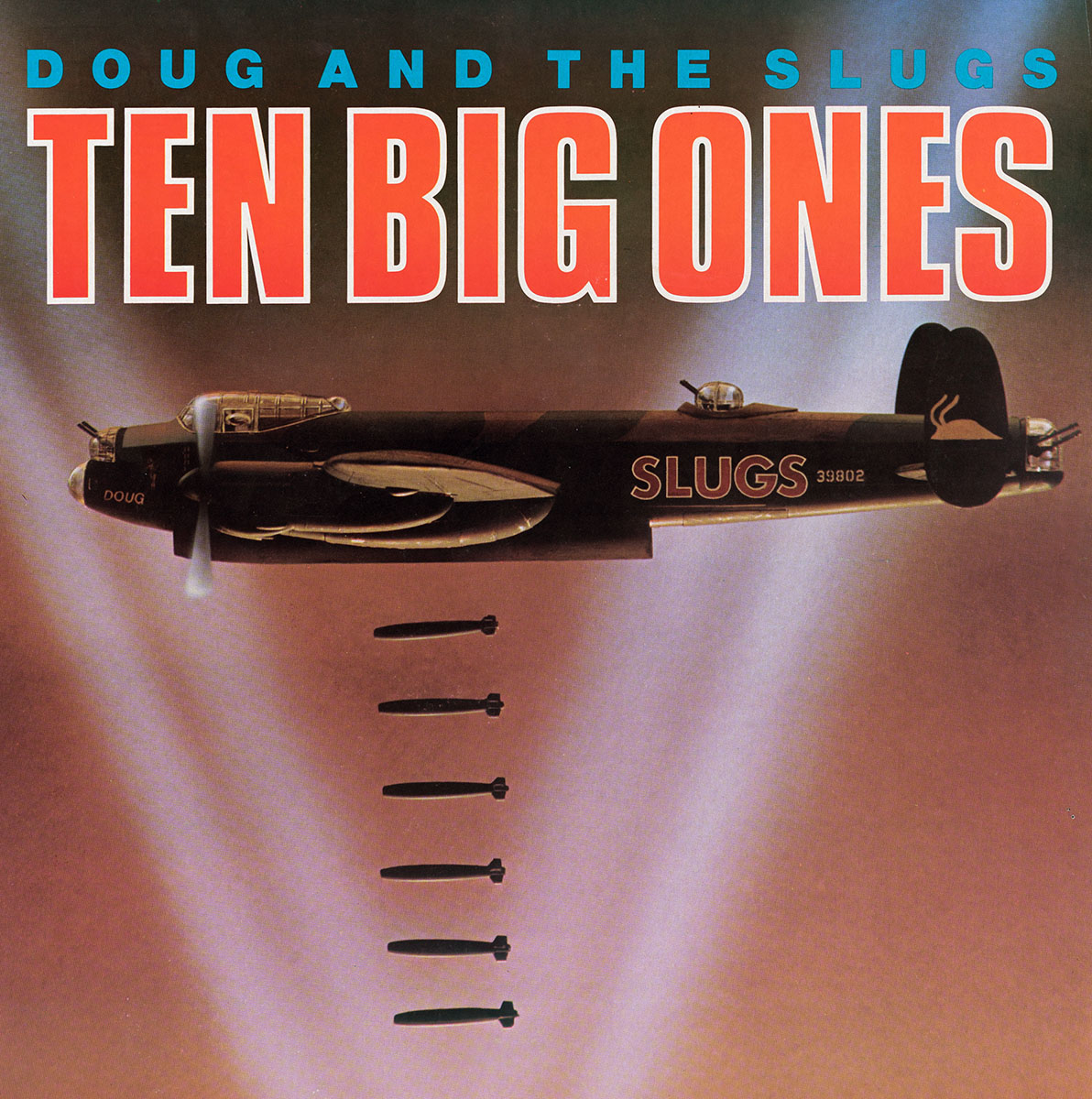 In the studio, the “bomber” was attached to a long pole stuck through the seamless background paper. The pole was hidden directly behind the bomber. The lighting on the plane was mostly a soft glow from below, to imply it was flying over a city. The two “searchlights” were small studio spots trained at the background (we ended up with the V shape after much experimenting). The “bombs” were hung with fine filament line attached to the bottom of the model.

When the film came back from processing it was sent out for a large print, which in turn was given to an airbrush artist.  He removed the filament lines on the bombs, outlined the SLUGS in white to make the letters stand out better, removed the shadow on the background from the pole that was holding the airplane, put some spin on the props, and cleaned up the glass around the cockpit.

A few days later we did the band shot for the back cover.  Simon had gone shopping at a military surplus store and arrived with a collection of goggles, hats, coats, and various other paraphernalia that would pass for airforce clothing. I hung some large painter’s drop cloths in the background and draped them to the floor to suggest parachutes.

We shot several rolls of colour and then switched to black and white.  Of all the rolls of film we shot, in one single frame Simon happened to grab the model airplane and hold it over his head.  In the end that was the frame we used as it tied in well with the cover shot.