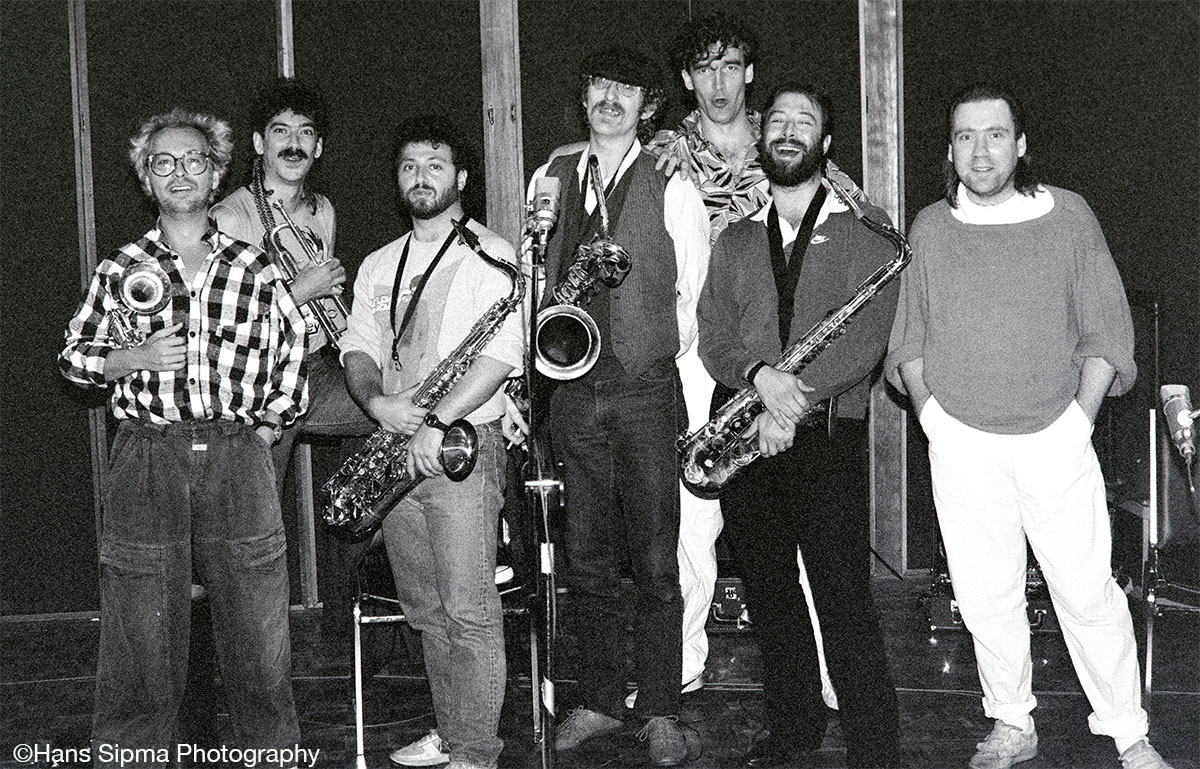 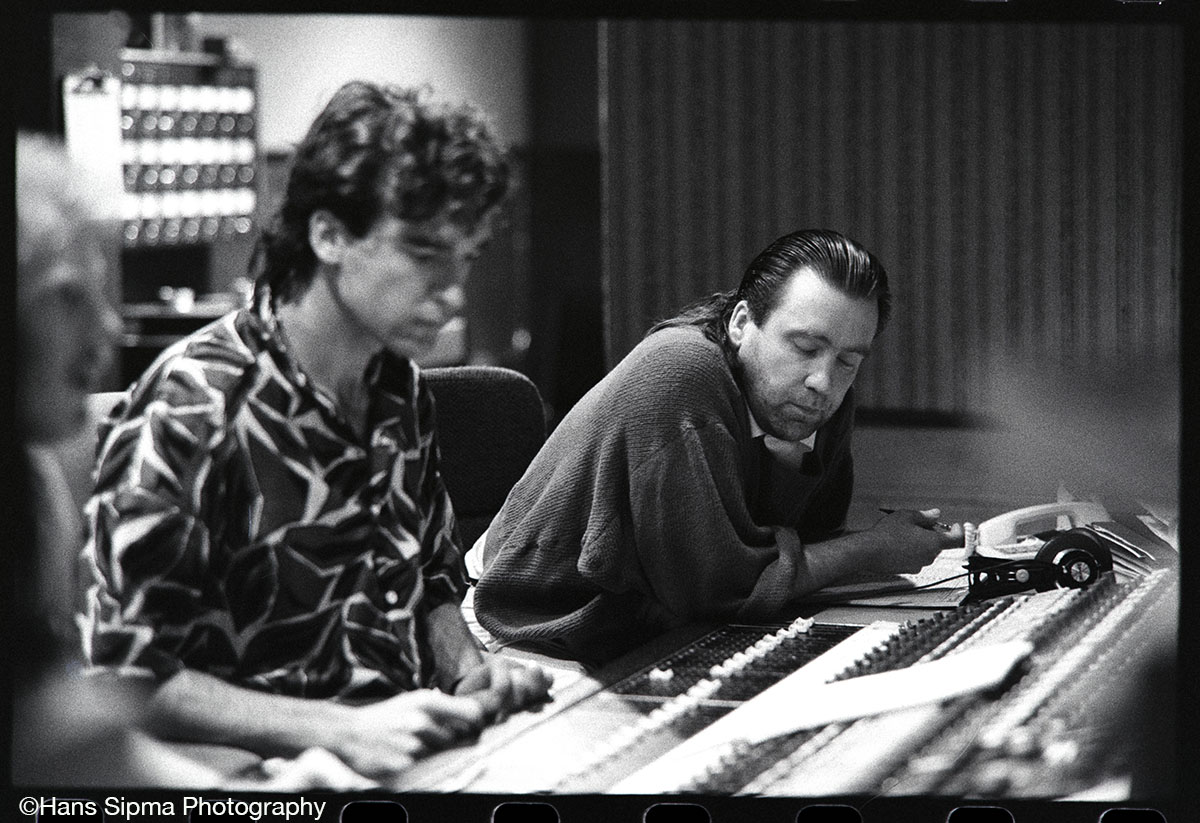 Doug recorded his first solo album in 1986 – although it wasn’t truly a solo effort since all of the Slugs played on the record, Simon Kendall co-produced, and both Simon and John Burton received co-writing credits. What set this album apart was the inclusion of the Tower of Power horns and some great female back-up singers. 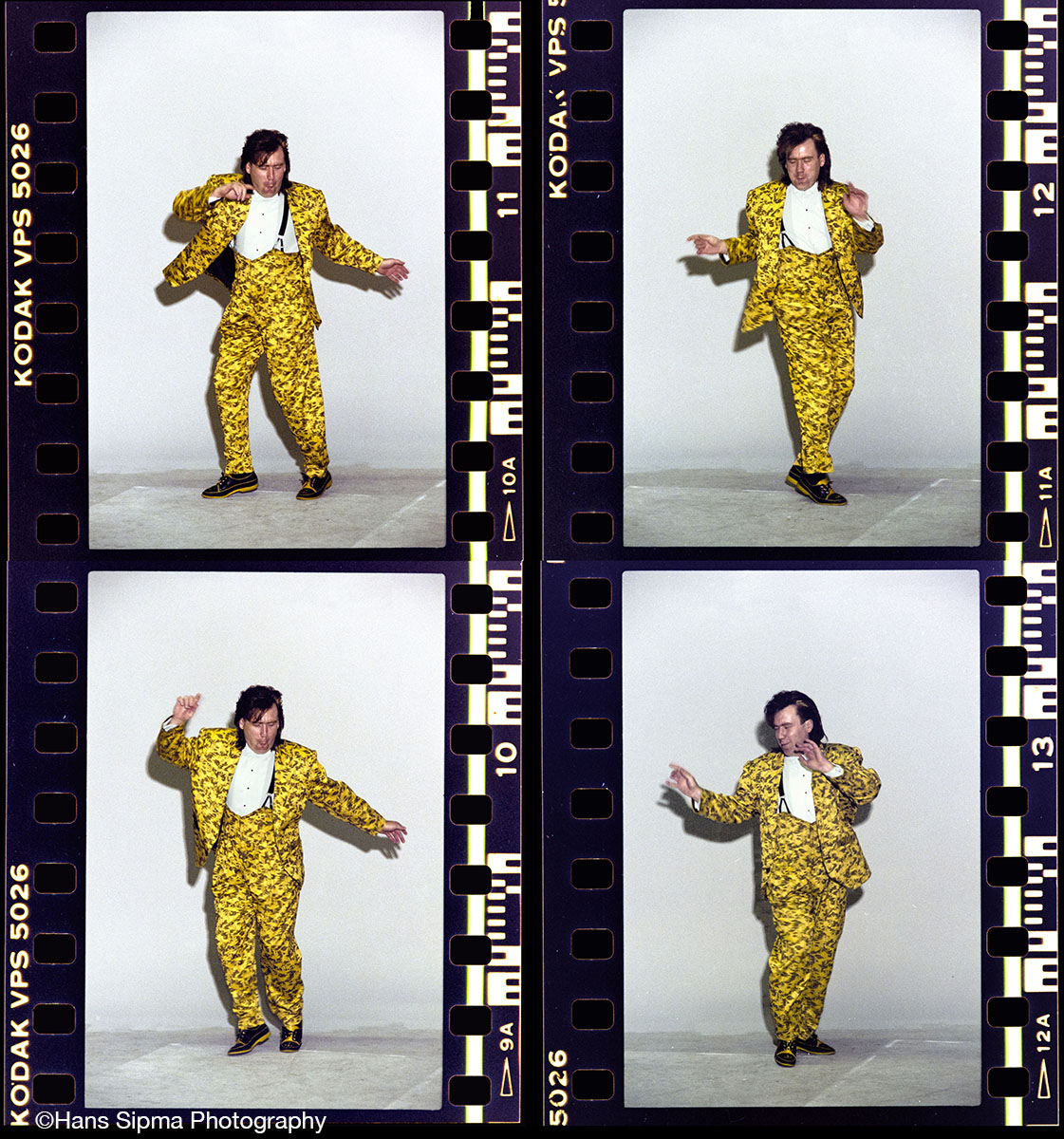 Doug arrived at my studio in June of 1986 with a number of ideas he wanted to try – including suspending himself from the ceiling with a hidden harness. He wanted to look like a marionette with his arms and legs flailing around. That turned out to be a little impractical but as a test, we shot a few rolls of film with Doug dancing around on a white background, but in the end, we abandoned the concept. Instead, we went for a 1930’s-style movie star glamour portrait. 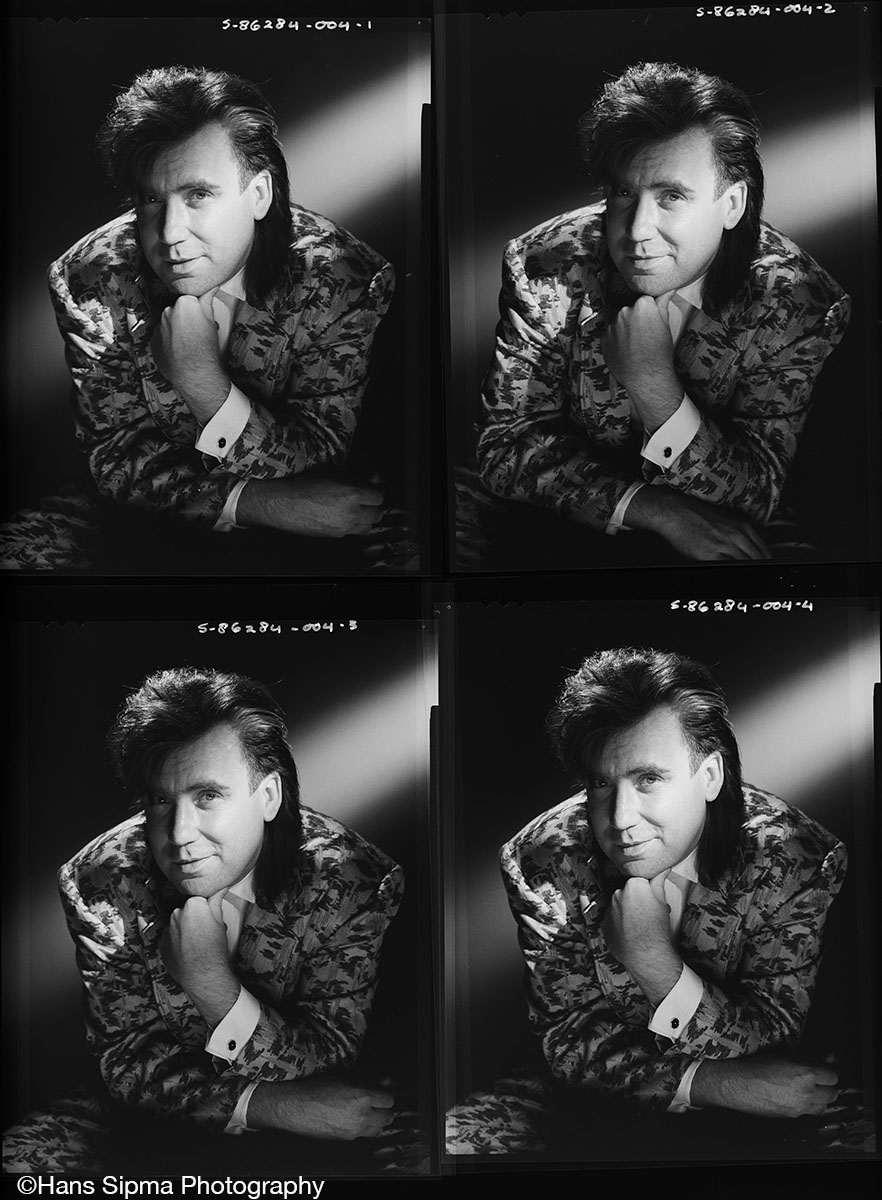 I had decided to shoot with an old fashioned 4×5 inch “view” camera – similar to those used in the 30’s. 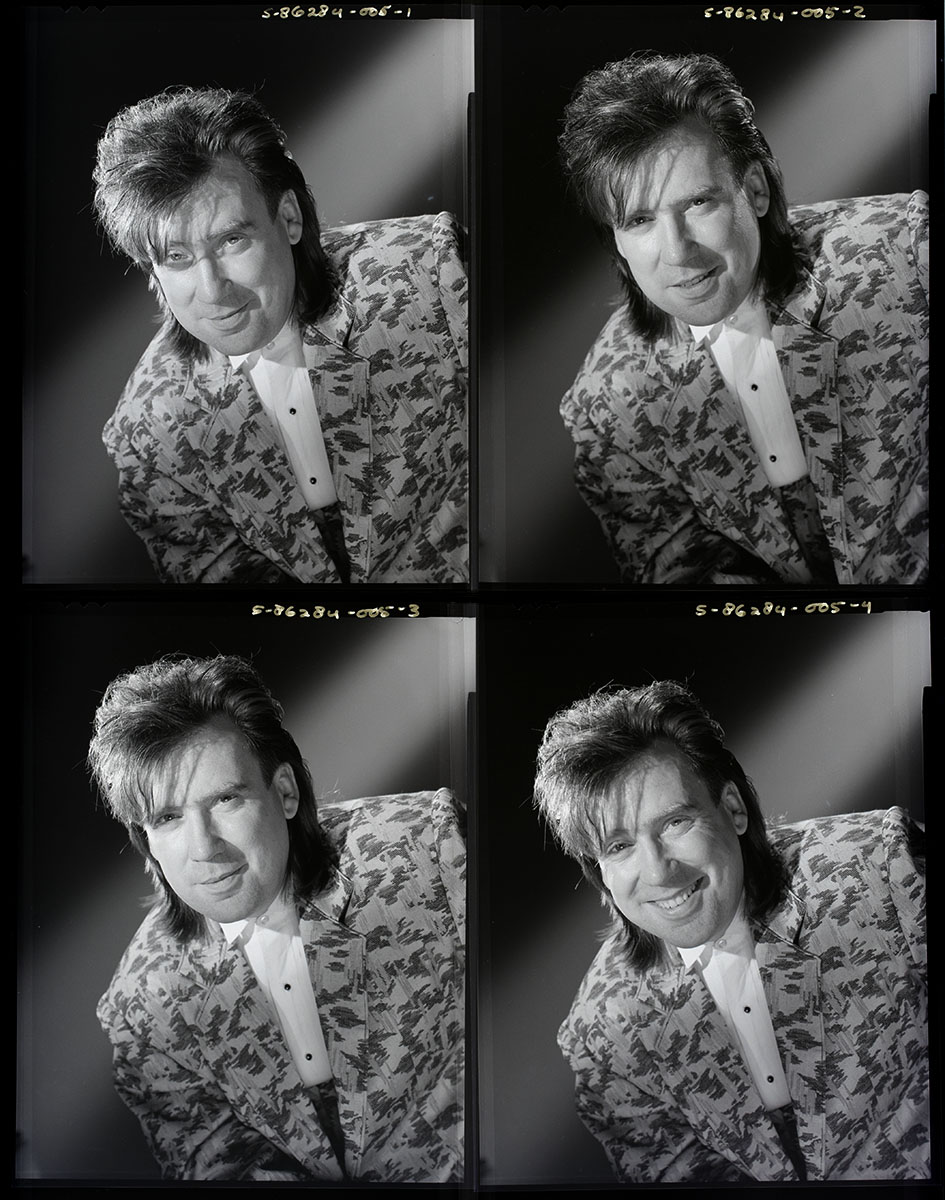 Shooting with this type of camera meant Doug had to be very limited in his movements as even a 1/4 inch forward or backward would put him out of focus. It also required framing and focusing an upside-down image under a dark cloth, then putting in the film, then quickly doing the shot before Doug had moved a muscle. Because each image was on a single sheet of film, focusing and framing was double-checked after each shot – a very slow way to shoot.

Once we had gone over the contact sheets, we picked the one photo that we both liked. The glamour shots of the 30’s were generally heavily retouched. In that era, long before Photoshop, retouchers would work on the original negatives to smooth out any flaws, using soft pencils to fill in shadows and sharp knives to etch away the emulsion to remove unwanted highlights. We wanted that flawless, glamourous look on the final photo. Fortunately, I managed to find one of the few retouchers who still knew this old technique at one of the portrait studios in Vancouver. I entrusted her with the original negative and gave her a marked-up print to show where the retouching should be done.

Once I got the retouched negative back, I made a print and then used a blue toner to tint the photo.  Doug designed the cover and added some yellow into his suit and his hair for the final album art.

We also did a shoot for the cover of the single, “It’s Got to Be Monday”, which was to be released before the album. 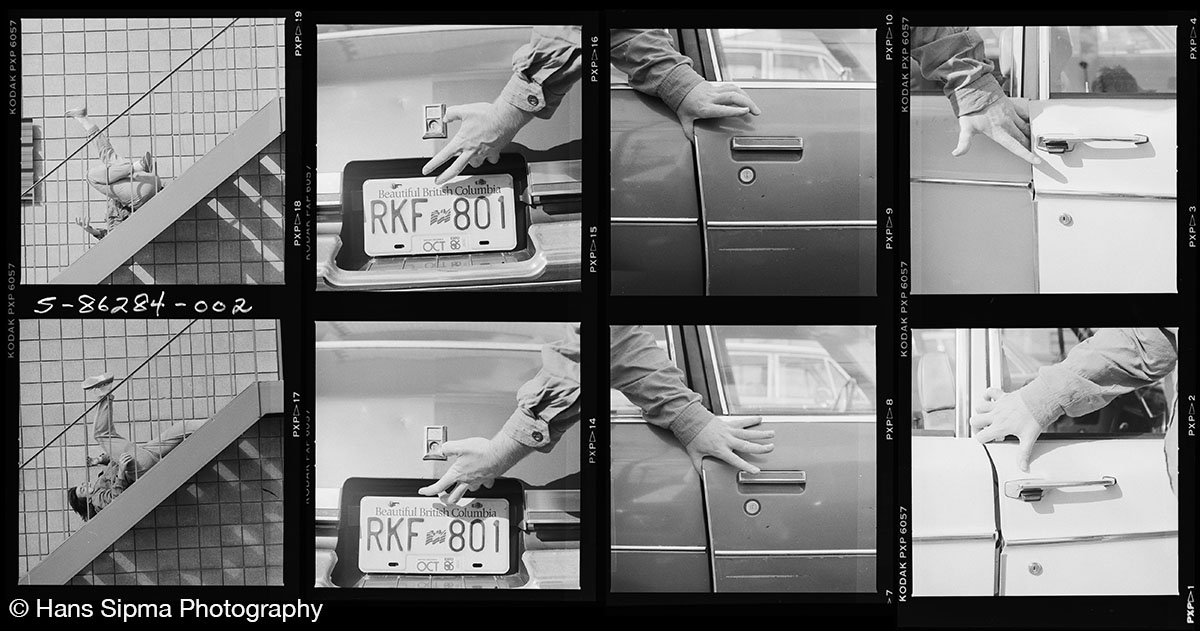 The song is about Mondays being the day when the worst things happen, so we shot Doug falling down the steep stairs at the back of my studio, and also with his finger caught in a car door and in the trunk of a car.  The fingers in the car door shot ended up as a graphic on the cover for the 45.

The cover art shows the title as “AN.I.MAT.O! ” I’ve asked Simon if he had any idea what the 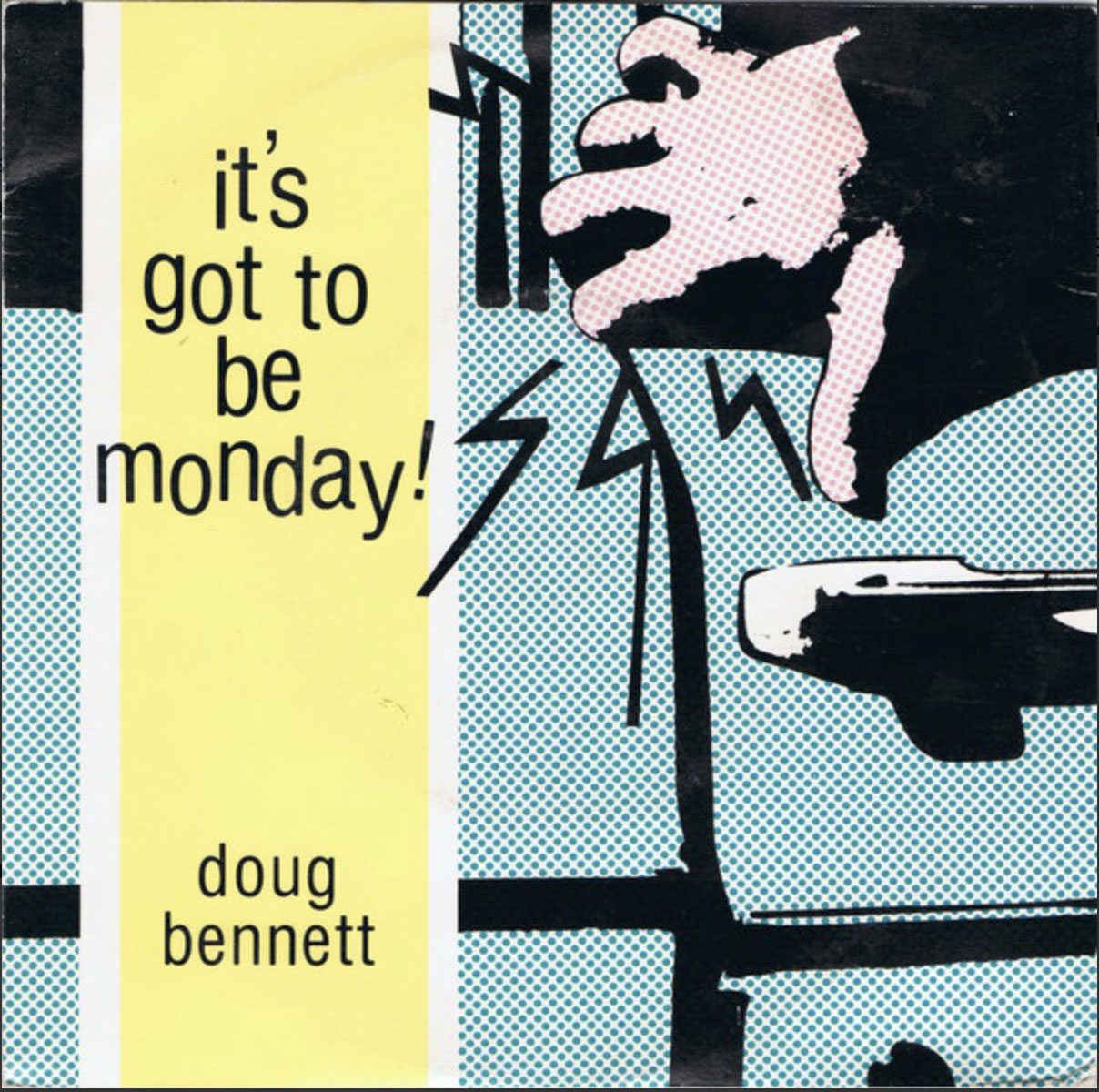 punctuation meant, and as far as he knows it was just a bit of design. Apparently, he and Simon tossed around the idea of using Italian musical terms for the title, like poco a poco, fortissimo, and animato. Doug loved animato, meaning “to play in an animated manner, with excitement and spirit” and that’s what it became.

Simon also noted, “I don’t think the name was a success, most people wondered what it was and how to pronounce it. The helpful wags in the band called it ‘I’m a tomato’”.